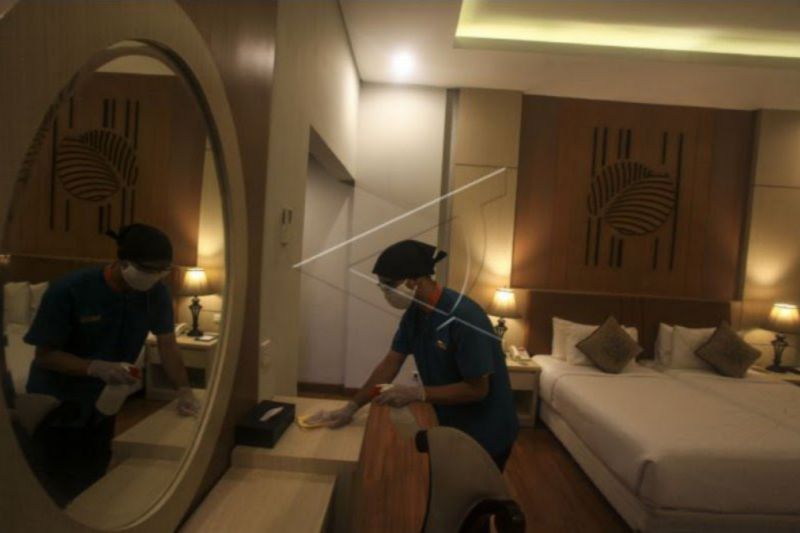 Yogyakarta (ANTARA) – Hotels and restaurants in Yogyakarta have started recalling laid-off workers as the tourism industry begins to recover, the Indonesian Hotel and Restaurant Association (PHRI) in Yogyakarta confirmed.

“Currently about 30 percent of 12,000 workers in the industry have been called back to work,” said Deddy Pranawa Eryana, chairman of the PHRI Yogyakarta, in Yogyakarta on Wednesday.

Although hotel and restaurant operators have started recalling workers, they have not been able to recall all workers as companies currently need to continue operating cost-effectively, he admitted.

“However, we still have to fully recover from the effects of the COVID-19 pandemic as the current situation has forced the industry to continue cost-efficiency measures,” said the chairman.

A downturn in diners due to the pandemic and economic decline has severely hampered hotels and restaurants in the province as they continue to bear high operating costs despite falling revenues, he pointed out.

Yogyakarta PHRI hotel and restaurant members have reiterated their commitment to maintaining the recovery of the province’s tourism industry while supporting government measures to control the pandemic, Eryana said.

The association has recorded a significant increase in hotel occupancy in the past four weeks, with occupancy on the weekends reaching 80 percent and reservations at the end of the year reaching 75 percent of the maximum permitted capacity of the hotel of 70 percent, the chairman announced.

“We need to sustain this improvement by ensuring strict health protocols on our premises to prevent PHRI restaurant and hotel members from developing into clusters of COVID-19 infections,” he said.

The Chairman expressed the hope that other hotels and restaurants will share the same commitment to maintaining a positive economic recovery trend.

“We hope the government will enforce strict health protocols instead of restricting travel during the year-end holiday season,” said Eryana.

Despite the optimistic outlook for the industry’s recovery, hotel operators are not yet offering year-end vacation packages for guests as they await central government decree on year-end travel restrictions, he said. (

Tips on how to make your preference to work from home...

How Atlassian Will Totally Redesign Its Austin Office for Remote Work

Law Firms Should Assess, Adjust, and Overcome for Return to Work